And don’t forget the ashtrays.

The DS is one of Gabriel Orozco most famous creation. It is one of his most important work in size : he had a Citroën DS cut in 3 parts lenghtwise then removed the middle part and soldered the two parts left together. The result is a car looking like an arrow. One this art work characteristics is that it was conceived as an interactive piece : people should have been able to open the doors, to sit inside, to open and close the windows or to open the trunk or the hood.

The DS was created for his first french exhibition, in the Chantal Crousel gallery in 1993, from the wreck of one of the most iconic french car of the 60’s. Thus modified, the car as an aspect that both amplifies the aerodynamic design and the social memory it has, more or less resumed to its outline. 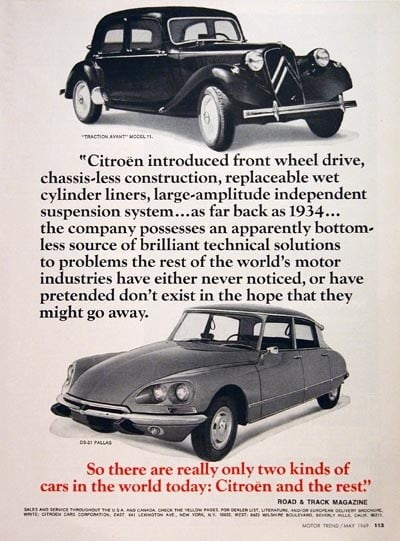 Orozco wishes the object rendered unique and mythic on its own by his work to roam the art world, opening its doors to every one wanting it to . «The reason you enjoy the DS is somehow of a sexual nature : that’s why you are attracted to an object, that you want to own it, that you create a bond with it… » Orozco said 1.
Essays about Orozco’s work also underlines the constant care he has to put forward and work toward the immediate response things whether physical, cultural or social can give.

Gabriel Orozco is frequently regarded as belonging to the post-minimalism movement, as defined by american criticRobert Pincus-Witten in a 1971 article the Artforum magazine. By this expression, he wanted to >depict the perishable and ephemeral substance of art pieces composed of materials evolution cannot be fathomed. 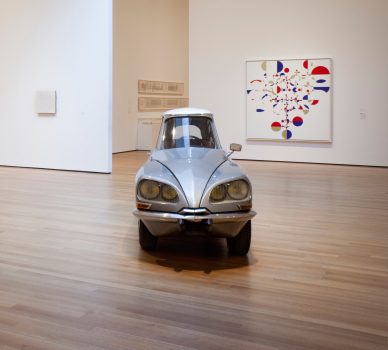 Orozco’s work changed during the 1990’s. He let go of traditional sculpture to work with urban landscapes and every day ordinary objects. From this point, his work seems to lean more toward mutating conventional notions of what reality is by suggesting another way to look at things, raising imagination. In order to do just that, he then uses the objects as subtle metaphors generator.

The apparent wear and tear is the entry point to questions going way beyond the object’s physical appearance and about the object’s reason of being , context and life.
You can now grasp how hard and very subtle any intervention of restoration on such pieces is. For every contemporary pieces like the DS, whether big or small, one need to ascertain with surgical precision the usefulness and limits of potential actions and the impact it can eventually have on the significance of the piece.

To this end, a well documented dialogue with the artist, whenever possible, is always best to define a deontological guideline.