Anaximander is, according to Themistius, the first pre-socratic philosopher to write about nature in De Natura, where he speculates about the universe around him and its construction. He also develops the idea living organisms evolve and transform through time. 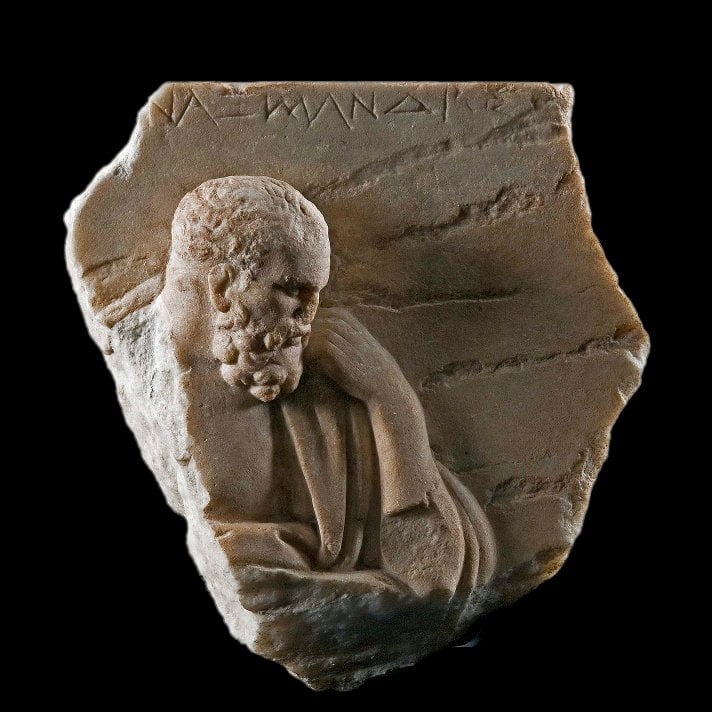 According to Joelle Magnin-Gonze, « He has the very materialist notion that every living organism was in the beginning a part of nature ». Acknowledging the existence of fossils, he creates a theory about animal and plant evolution ; therefore he is sometimes considered as one of the forefathers of biology theories.

Those ideas of his were not completely in sync with those of his peers, like Thales and his work seem to have faded away right after his death. It needs reminding that ideas, notions and concepts developped by the pre-socratic Miletus school are only known via fragments, excerpts of texts found in later philosopher’s work. For example, first mentions of Anaximander can be found in Aristotle work, roughly two centuries after his death.

Scientists of all kinds did, are and will challenge the depth, scale and significance of Anaximander’s ideas. All wish to be one day able to read the original text from the author and not second hand quotations : who knows what archeological finds future holds ?

One essential idea remains, though, that resonates with modern acceptation of science : Anaximander creates an intellectual process that uses tangible objects and observations to feed its own reflexions instead of relying only on beliefs and mythologies.