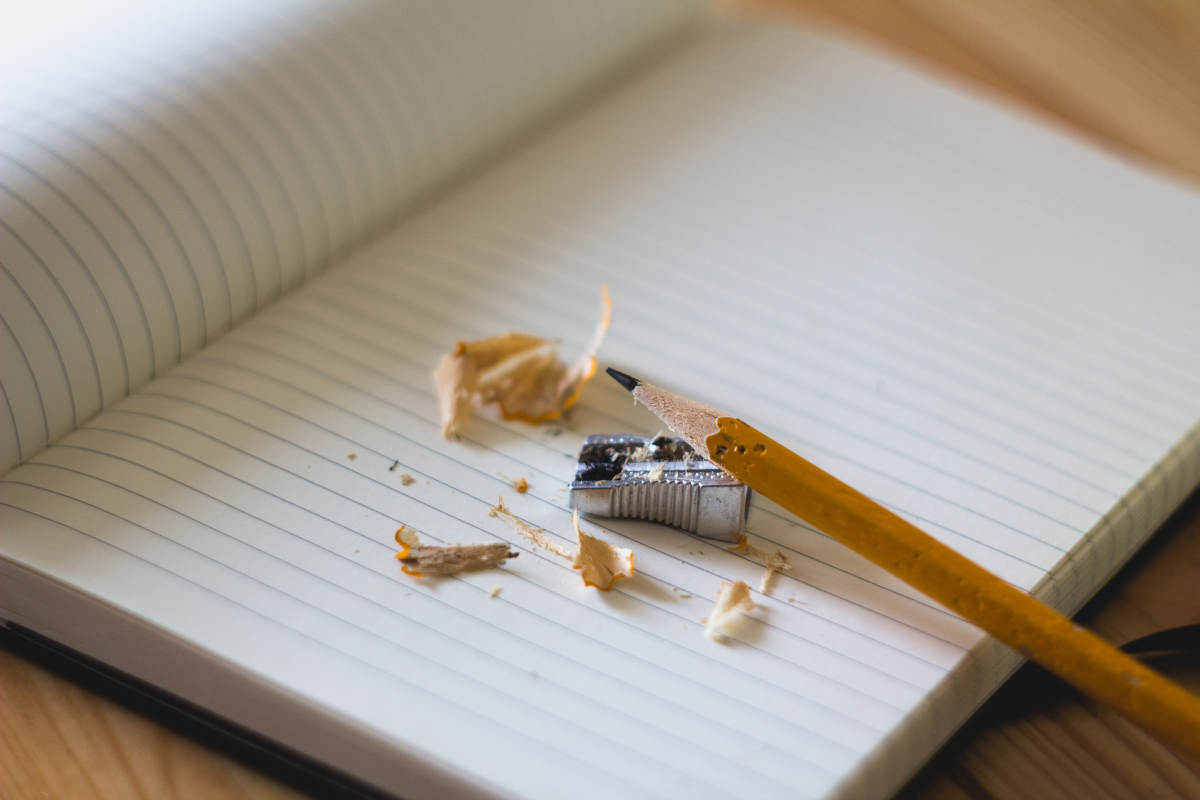 Using a pencil to draw, take notes or make shopping lists started around the XVIth century. The lines produced by its lead are similar to the ones made by the then widely used metal pointed stylus, without the inconveniences. Therefore, it seduces artists and artisans alike.

A century prior, Cennino Cennini (1360-1427) describes a jet black point, made from a Piedmont found ore, he baptizes pietra nera in his Il libro dell’arte (1437). The name then changes throughout authors into “black stone”, “Italian stone” or “matita nera“. The point is used directly or with a rudimentary metallic holder. Shortly after, wood casings are used to protect the fragile lead.

By the end of the XVIIIth century, Swedish chemist Carl Wilhelm Scheele (1742-1786) shows its main component, plumbagin, isn’t made of lead: it is one of the many solid forms of carbon, closely related to the diamond’s one.

In the XVIIIth century, German geologist Abraham Gottlob Werner (1749-1817) creates the term « graphite » to designate this ore more accurately, using the Greek root «  graphein », to write, as a base. Within the huge pencil family, function always preceded name.

Until the end of the XVIIIth century, pencil leads are almost entirely made with graphite:  the purer, the better. Best European mines are English-based and the continental blockade starting in 1806 creates a total embargo. Continental pencil manufacturers have to use inferior quality ores. Austrian entrepreneur Joseph Hardtmuth and French chemist Nicolas-Jacques Conté both create, each on his own country, a recipe mixing graphite and clay in order to replace pure graphite in leads.

The mixture is pressed into rods in molds then fired in a kiln. Depending on the graphite to clay ratio and the firing time, leads can have various hardness.

The hardness levels are not standardized  and manufacturers each have their own scales. The Conté, Broockmann or Faber ones are among the most known ones. Nowadays, factories uses the ISO9180 standard from 1988, confirmed in 2015. The letters used remain the original ones, hardness going from « B », black, to « H », hard. Those initials do not refer to the same aspect of the lines done by a pencil tip and can be sometimes confusing.

When the lead is pressed against paper, for example, the created friction abrades the tip, transferring the jet black graphite to the medium creating a mark, a line or an ardent love letter. Do remember graphite is the closest thing to diamond…

This abrasion process comes from the natural properties of graphite : pure, the ore is basically pressed powder, where molecules are organized by plans, moving freely one on top of the other. 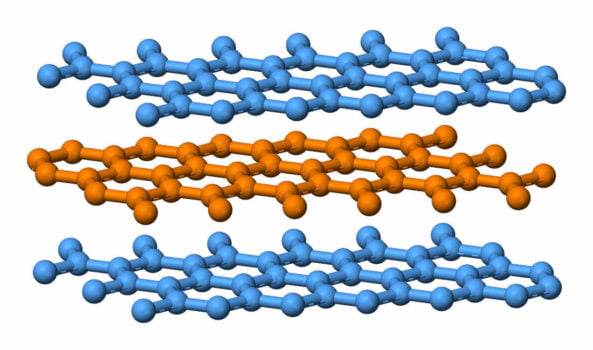 Once it is bound with argile, kaolinite to be precise, molecules can’t move that freely.

When quantities are shifted and kaolinite exceeds graphite, the compound can’t be free from the tip of the lead with as much ease. The lead’s tip abrasion produces a thin, dry, precise, grey, « Hard » line that won’t emphasizes the medium’s texture.

Two other letters are commonly found, « F », for fine point, and « HB » : they are more more less the average values in terms of hardness. Their differences are tenuous at best though « HB » is theoretically softer. 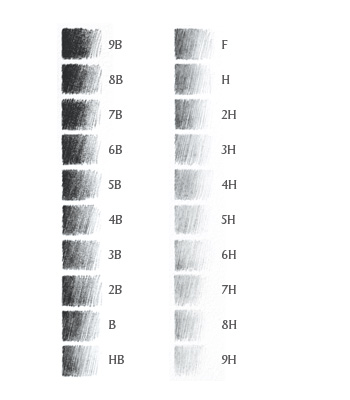 Now that pencil leads have no more secrets for you, here’s a little textbook case :

A curator has to mark inventory numbers on a series of XVIIIth century etchings and comes to you for advice.

What pencil would you recommend ?

Remember : every intervention on a piece has to be perfectly reversible and you won’t be the one doing the marking.

Welcome to the heritage conservation world !

You can’t choose a hard lead (« H ») : the tips from these ones will literally engrave the paper !

Hard means also more aggressive toward the medium therefore even after erasing the number, it will remain « notched » in the paper.

And here is another pitfall : you can’t choose too soft a lead either. The inventory number, discreet and small by definition, might not be easily readable. These leads, even sharpened to perfection, lack precision. Moreover, if the number is erased in the future, the easy propagation of graphite on the medium will lead to a very hard to remove grayish smudge.

Then, it is best to stay within an average range, around 3B and to be emphatic on the fact that one must press only lightly in order not to damage the medium! 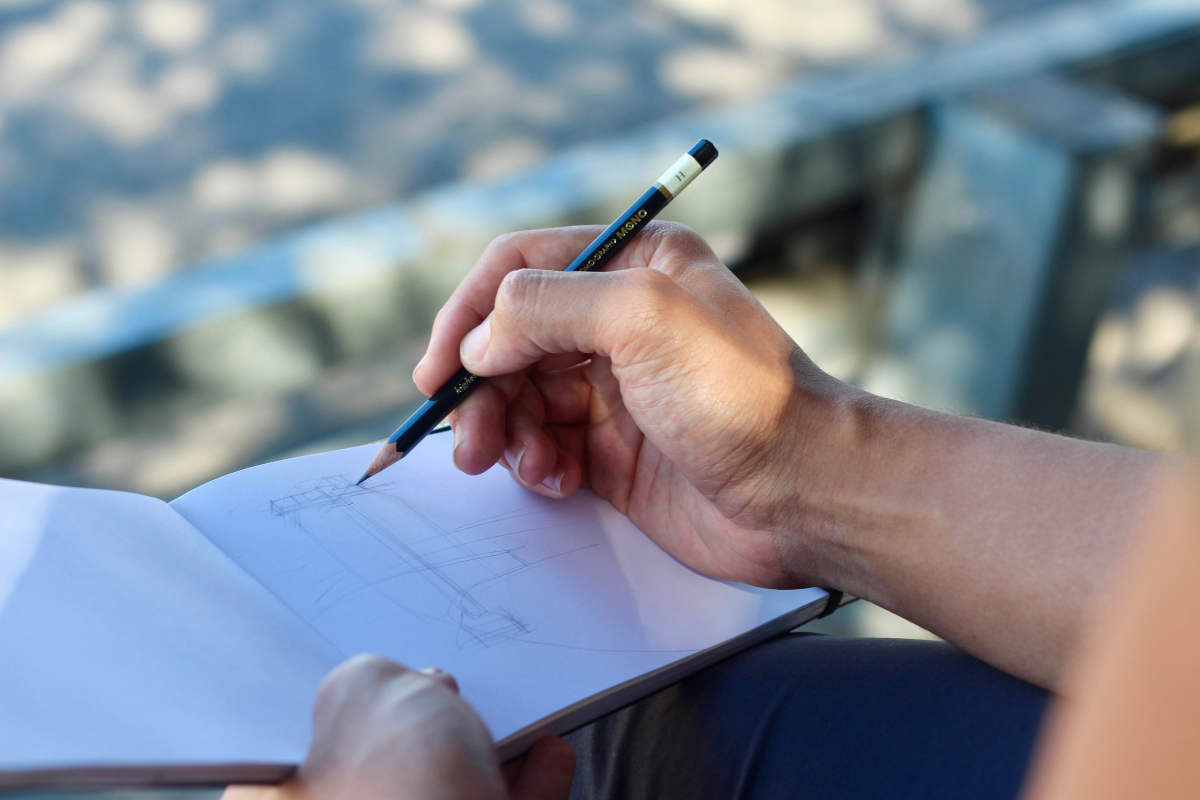